Book Store / Who Moved My Cheese? 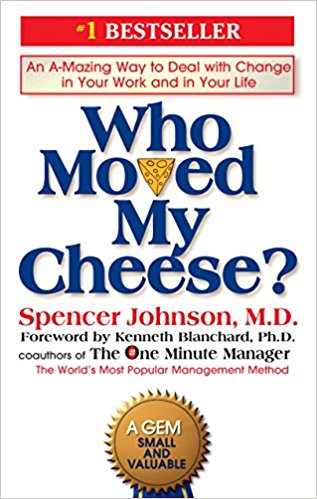 With Who Moved My Cheese? Dr. Spencer Johnson realizes the need for finding the language and tools to deal with change–an issue that makes all of us nervous and uncomfortable. Most people are fearful of change because they don’t believe they have any control over how or when it happens to them.

As James Rickards argues in Currency Wars, this is more than just a concern for economists and investors. The United States is facing serious threats to its national security, from clandestine gold purchases by China to the hidden agendas of sovereign wealth funds. Greater than any single threat is the very real danger of the collapse of the dollar itself. While the outcome of the new currency war is not yet certain, some version of the worst-case scenario is almost inevitable if U.S. and world economic leaders fail to learn from the mistakes of their predecessors. Rickards untangles the web of failed paradigms, wishful thinking, and arrogance driving current public policy and points the way toward a more informed and effective course of action.