Book Store / The Road to Serfdom 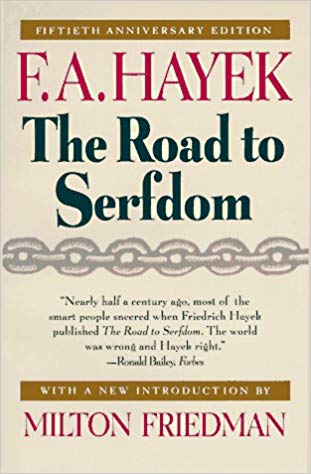 The Road to Serfdom is a book written between 1940 and 1943 by Austrian British economist and philosopher Friedrich Hayek, in which the author “[warns] of the danger of tyranny that inevitably results from government control of economic decision-making through central planning.” He further argues that the abandonment of individualism and classical liberalism inevitably leads to a loss of freedom, the creation of an oppressive society, the tyranny of a dictator, and the serfdom of the individual. Hayek challenged the general view among British academics that fascism (including National Socialism) was a capitalist reaction against socialism. He argued that fascism, National Socialism and socialism had common roots in central economic planning and empowering the state over the individual. Since its publication in 1944, The Road to Serfdom has been an influential and popular exposition of market libertarianism.